She is walking down the aisle… white as ivory. He is quietly waiting… solid… and dark as ebony. Hundreds of eyes are following each and every step, and then they all turned silent… (on mute!). This was the first online wedding I’ve ever attended, and what’s more it was for an ivory-white Afrikaner girl and an ebony-dark Kenyan gentleman.

With most guests coming from an Apartheid background, with racist ideologies and discriminatory thoughts deeply engraved in generations over a period of 368 years, what would you say if you had to address this online congregation and couple? You could only go on your knees and ask Jesus what He would say if He was standing here today! And then Bible verses start popping up in my mind, so living and clear!

“What therefore God has joined together, let no man put asunder.” Matt 19:4-6. This is central in the solemnisation and the vows made by the bride and bridegroom to one another before the face of God and the church. Let’s never “put asunder” God’s counsel, He who made them husband and wife from the beginning and who has worked it in these young and upright souls who sought His will for their lives.

The wedding celebration started after the vows with a good friend singing a “love song” with as chorus: “Love is to lay your own life down, as Christ did for you!” (as in Joh.15:13). I thought: What “life” should I lay down? Is it not my self-life, “to put off your old self, which is being corrupted by its deceitful desires”? (Eph.4:22 NIV).

“There are many things that are highly esteemed among us, but that are detestable in the sight of God!”

The desire for power had corrupted Hitler and his henchmen’s minds so much that they exalted themselves and killed 6 million Jews and many others who were inferior in their eyes! The apostle Paul writes in Gal.6:3, “If anyone who thinks himself to be something, when he is nothing, he deceives himself.” This “anyone” can include you and me! There are many things that are highly esteemed among us, but that are detestable in the sight of God! (Luk.16:15, AMP). To be rich, to be gifted, well educated and competent, to come from a certain tribe, to be able to speak a certain language with a proper accent – all these things that people esteem so highly are detestable for God! Hitler was in his time the most powerful man, esteemed by millions, while he and his henchmen behaved and acted like a brood of evil vipers! And so it is still with many who are highly esteemed by men!

If I who call myself a Christian, think of myself to be something and despise and look down on people because of their race and the way God has made them, it would be downright ungodly, it is totally detestable in the sight of God!

On the other side, feeling inferior has also to do with the “old self” that should be laid off! It is when we also esteem the things that are great in the eyes of people, that we feel inferior when we do not have them. But if I am convinced that none of these things have any value for God, I will not be moved and will never bow and crawl before the face of high-minded, carnal, and ungodly men!

This newly married couple will live their marriage life in a society where they will hear remarks and receive cold vibes in daily life, and they will also meet all that rubbish in their own self, their own nature, and that what was planted there by their forefathers. They can only live a free and happy life in true love towards one another if they “reckon themselves dead” to all this rubbish, and “be alive for God in Christ Jesus.” (Rom.6:11). That is, to be alert and hear from Jesus how to react and answer one another and others in their daily life. Then they will receive wisdom from above, from God Himself, and life will become blessed and good, in spite of their surroundings, in spite of their backgrounds, and in spite of what others think and say!

May God bless Wilson and Ester Odhiambo! And may all opinions contrary to God’s Word forever turn silent! (on mute). 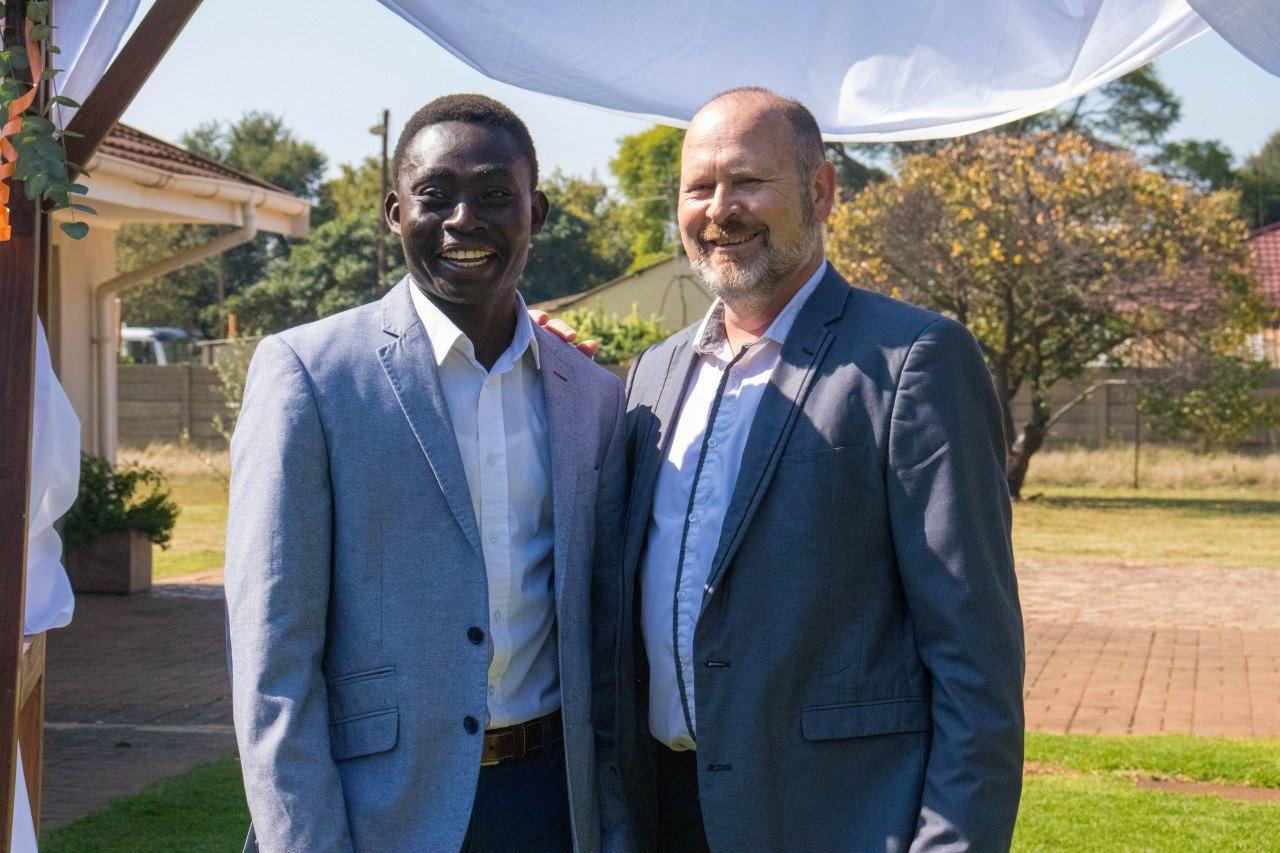 “In truth I perceive that God shows no partiality. But in every nation, whoever fears Him and works righteousness, is accepted by Him.” Acts 10:34,35. (Read by the father-in-law at the feast).